Every great music group cements its place in history in a number of ways. One being the most obvious: by making music that far outlasts the lifespan of the career in which it’s conceived. In 1992, when a trio of extraordinarily talented young ladies from New York City called SWV (Sisters With Voices) exploded onto the scene with its debut album It’s About Time, three women (Cheryl “Coko” Gamble, Tamara “Taj” Johnson, and Leanne “Lelee” Lyons) were instantly immortalized. The shift in the ethos of contemporary R&B was loud and clear—SWV was immediately at the fore of a renaissance of unadulterated, edgier R&B made by females.

Sexually free (“Downtown”), and sometimes brazenly aggressive (“You’re The One”), yet vulnerable and sentimental (“Weak,” “I’m So Into You,” “Use Your Heart”), SWV was arguably one of the most definitive female voices of the urban contemporary world of the ‘90s. But not only is SWV essential to the fabric of ‘90s pop culture, the group’s longevity has solidified the trio as a commercial force over the course of nearly three decades.

It’s About Time produced a string of top ten hits and went double platinum within the first year of its release (triple platinum by 1996). The album’s success spawned two hit remixes, including a remix of “Anything” included on the Above The Rim film soundtrack featuring the Wu-Tang Clan, and the Teddy Riley-produced “Right Here/Human Nature,” which sampled Michael Jackson’s hit of the same name. The latter became one of SWV’s all-time biggest hits, topping the R&B charts at number one and the popular charts at number two. The success of the two hit remixes led to the 1994 release of The Remixes EP, which was certified gold by the year’s end.

In the summer of 1995, the trio lent vocals to the remix of Blackstreet’s Top 40 R&B hit “Tonight’s the Night,” featuring Craig Mack. Eleven Billboard Music Award nominations and several Grammy, American Music, Source, and BET Awards later, the release of 1996’s New Beginning saw a refinement in the group’s sound and edge, emboldened by the success of the album’s number one hit single “You’re The One.”

But perhaps when Coko, Taj, and Lelee first set out to form a group, they couldn’t foresee the troubles that would follow becoming one of the world’s top selling female R&B groups in history (15 million albums sold). Young, impressionable, lacking unity, and with personal strife and life traumas, the typical pitfalls of industry politics weighed heavier than normal on the ladies. Left feeling underappreciated and letdown (by fans and their label), the group disbanded shortly after the release of its 1997 album Release Some Tension.

With music behind them for the moment, each member of SWV took time to tend to personal matters and life goals. With two children and the recent passing of her mother, godmother, and childhood friend, Lelee had more than enough concerns. But through it all, she managed to return to school to pursue her undergrad degree in psychology during the group’s hiatus. A former teen mother (she gave birth to both of her children at age 17), Lelee became a highly sought-out public speaker and advocate for the prevention of teen pregnancy at colleges and high schools around the country.  (All three members of SWV are currently major advocates for children’s rights and teen pregnancy prevention).

Taj moved to Los Angeles in 1999 to pursue acting. When that path didn’t work out, she went back to school to complete her degree in Marketing.  Soon after, she married   former NFL player Eddie George and became a mother to stepson Jaire.  The family was joined by biological son Eriq in 2005. Her affinity for acting led her to a starring role in her own reality series, I Married a Baller, alongside her husband. Taj also became an accomplished writer, penning four books including Player Hate Her, How to Avoid the Beat Down and Live in a Drama Free World.  The opportunity for reality TV would soon return when Taj appeared in the hit CBS reality series Survivor, and gained national attention by finishing in fourth place. Despite her success in reality TV, Taj’s aspirations of making it to the big screen weren’t panning out the way she’d hoped, so she returned to school and earned a degree in accounting as a fallback. 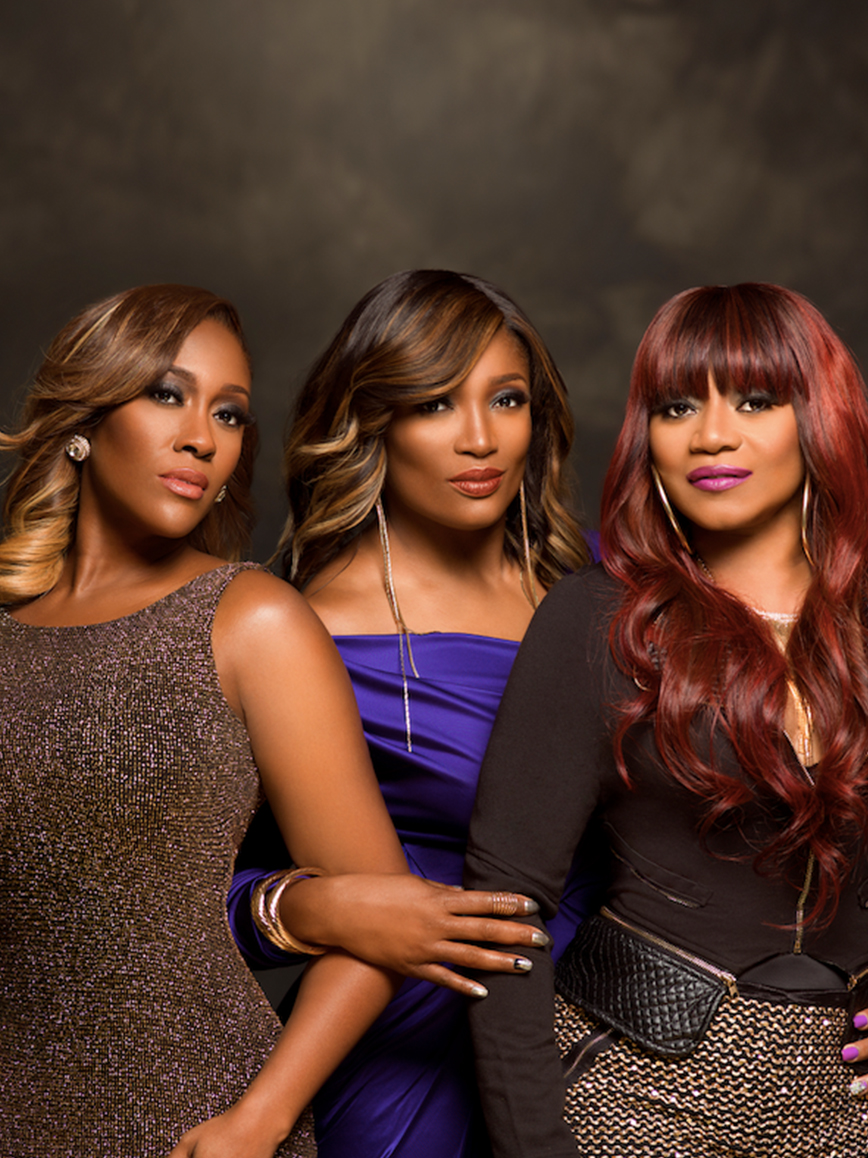 Raised by a mother who sang backup with Freddie Jacksonand Luther Vandross before they made it big, Coko was destined to remain the lone survivor in music during SWV’s hiatus. Though she married sweetheart Michael Clemons and had two sons, Coko enjoyed a robust solo career with the release of an R&B album entitled Hot Coko, which produced the hit “Sunshine.” Coko’s biggest success as a solo artist, though, came with the release of her Grammy-nominated gospel album Grateful, and Billboard gospel chart-topping The Winner In Me.

Being away from music and the stage was difficult for former members Lelee and Taj. Inspired by their distaste for the lack of quality new R&B music, it wasn’t long before all three members reunited in 2005 to hit the stage non-stop, reminding fans and young newcomers alike of the sound of great music. SWV toured with Dru Hill, Salt-N-Pepa, Silk, Jon B, Kelly Price and Carl Thomas through the better part of that year. In 2008, the group guested at the BET Awards performing alongside Alicia Keys, En Vogue, and TLC.

2012 finally saw the trio officially reunited on record, with SWV’s fourth studio album I Missed Us. A smart update of the group’s earlier work, the album was well received by fans and critics, debuting at number six on the R&B charts and earning a Grammy nod for “Best Traditional R&B Performance.” The album also earned the group a nomination for a Soul Train Award for “Best Independent R&B Soul Group” that same year.  In 2014, all three members of SWV starred in the reality TV show “SWV Reunited,” which follows the three members behind the scenes through their reunion tour, and the recording process of a new album.

That album is Still, which was released in early 2016 via Mass Appeal Entertainment/ Entertainment One Music.  Still featured two singles, “MCE” and “Ain’t No Man.”

Profound in impact, strong and resilient in relevancy, SWV is here to stay. The group’s influence can be seen and heard throughout multiple generations, and its place in history continues to be cemented tenfold.